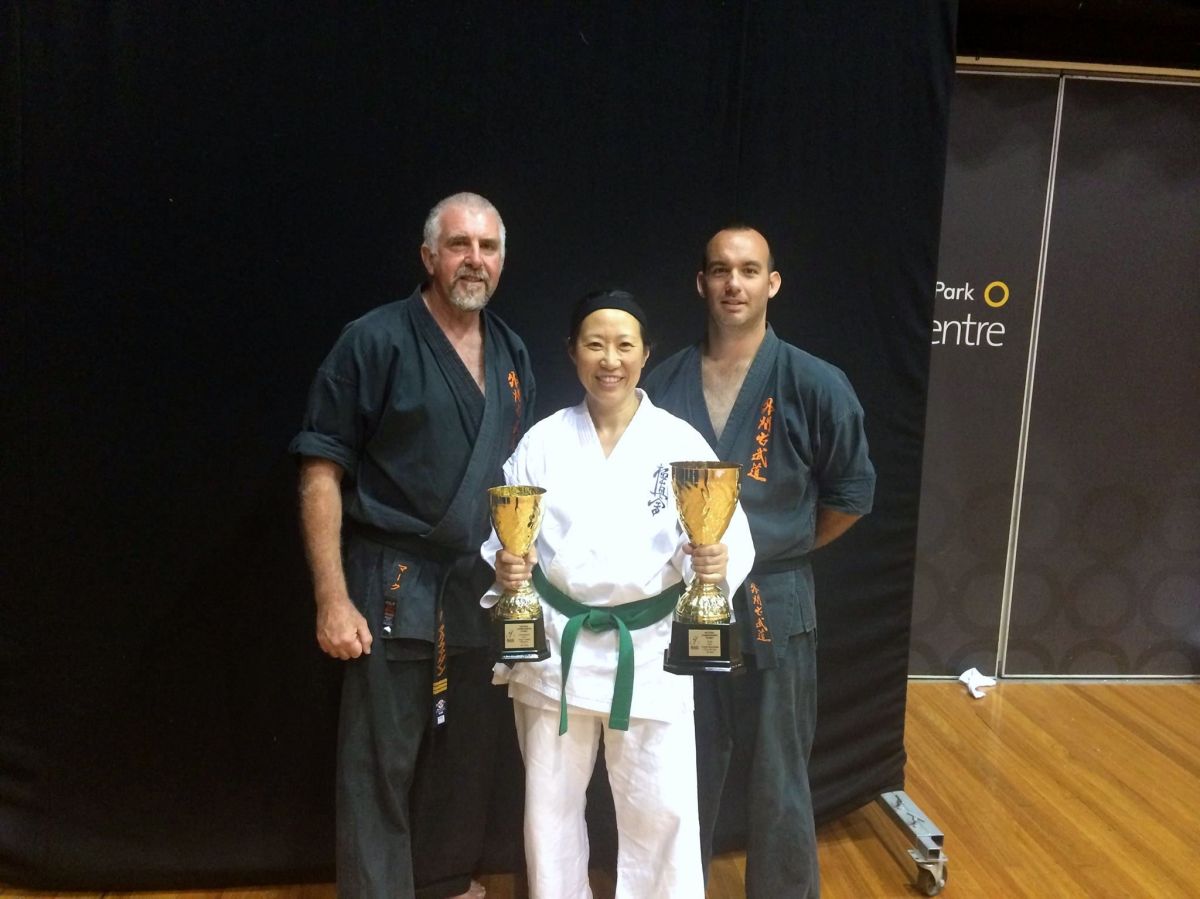 On the Saturday Patricia performed Saiha kata for the Kyu Grade Kata competition, intermediate section, and won the Gold Trophy. Patricia also performed the Bo kata Sushi no Kon Sho in the Traditional Weapons section, which was an open division. Sensei Mark McFadden and Sempai Jon Ellis performed the Bo kata Ufugusuku with Patricia, displaying the application partner work and finished with a take down for the Creative Weapons demonstration. This demonstration won them the Silver Trophy.

Patricia entered the Continuous Sparring and Points Sparring divisions on the Sunday. These were the Veterans Open division and the fights were against black belts from a mix of styles.

North Coast KIMAA students, including Patricia, have previously enjoyed success in the National All Styles competitions in October 2012 and May 2013. Congratulations to the North Coast students for their consistently high standard of performance in these national competitions. Extra congratulations to Patricia Tan for becoming an Australian champion!