Sunday May 15 saw another KIMAA Black Belt Class held at Annangrove Dojo. The session was an extension of normal the normal Sydney Kobudo (weapons) training schedule. 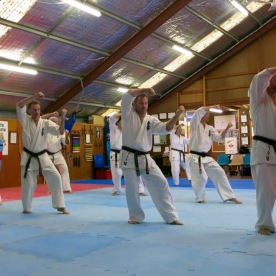 A number of katas were covered in the class to revise basics, finesse and correct timings. Some were kyu-grade katas, such as Sanchin or the Pinans, as well as dan-grade, such as Seienchin or Garyu. The Kyokushin Bo kata, Chion, was also practised.

After the black belt session finished, the bulk of students participated in a Kobudo class. 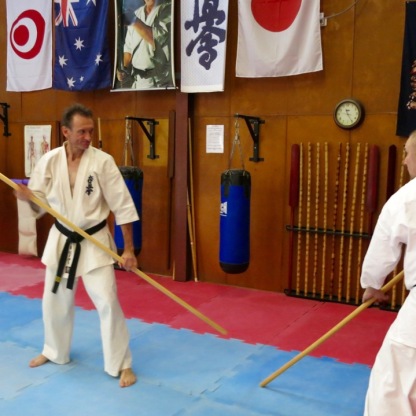 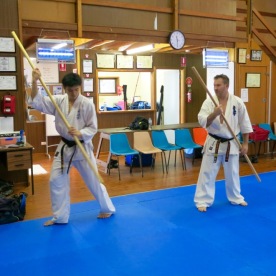 At the end of the class, Shihan Cunningham presented Trish Tan with her 3rd Kyu in Kobudo, having been graded in the April KIMAA Lismore Seminar.