On the night of March 11, the KIMAA Japan Group Tour for 2015 departed Sydney for the island of Okinawa. The group included:

All of us had been to Japan before – an understatement for some! – but it was Trish’s first time in Okinawa and first KIMAA tour.

The trip had three main focuses:

We reached our hotel early in the afternoon on Thursday. After checking in our first destination was Shureido, the martial arts shop. We stocked up on supplies and caught up with Yoshi, our account manager at Shureido for many years. After this we wandered through the shops on Kokusai Dori before heading to our favourite gyazo bar for dinner.

Friday morning was training with Sensei Tetsuhiro Hokama (10th Dan Goju-ryu and Kobudo) at his dojo. We did Kobudo training followed by some empty hand self-defence applications. 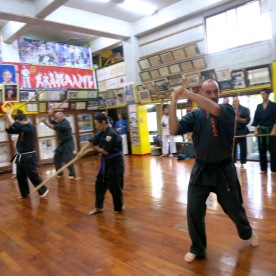 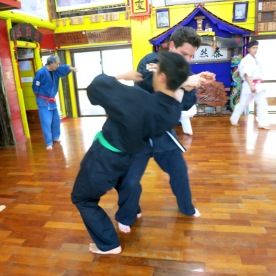 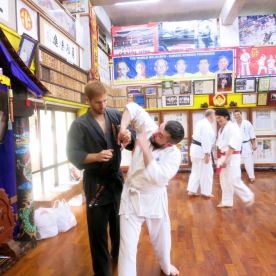 After training we enjoyed some sushi and explored the markets of Kokusai Dori and Tsuboya, the pottery village.

We were back at Sensei’s dojo again on Saturday, expanding on the previous day’s work of self-defence applications (bunkai) from kata. 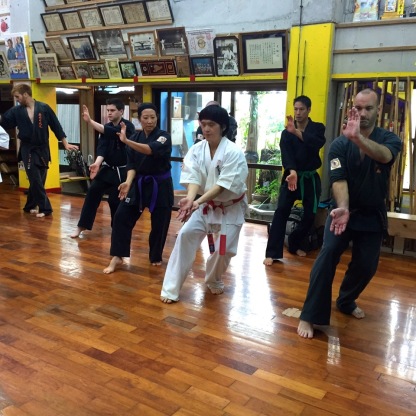 We then had an easy afternoon to rest up Sempai Don and Sempai James, as the tournament was the next day. Photos and videos from the tournament are available in Japan Tour Pt 2: The Tournament.