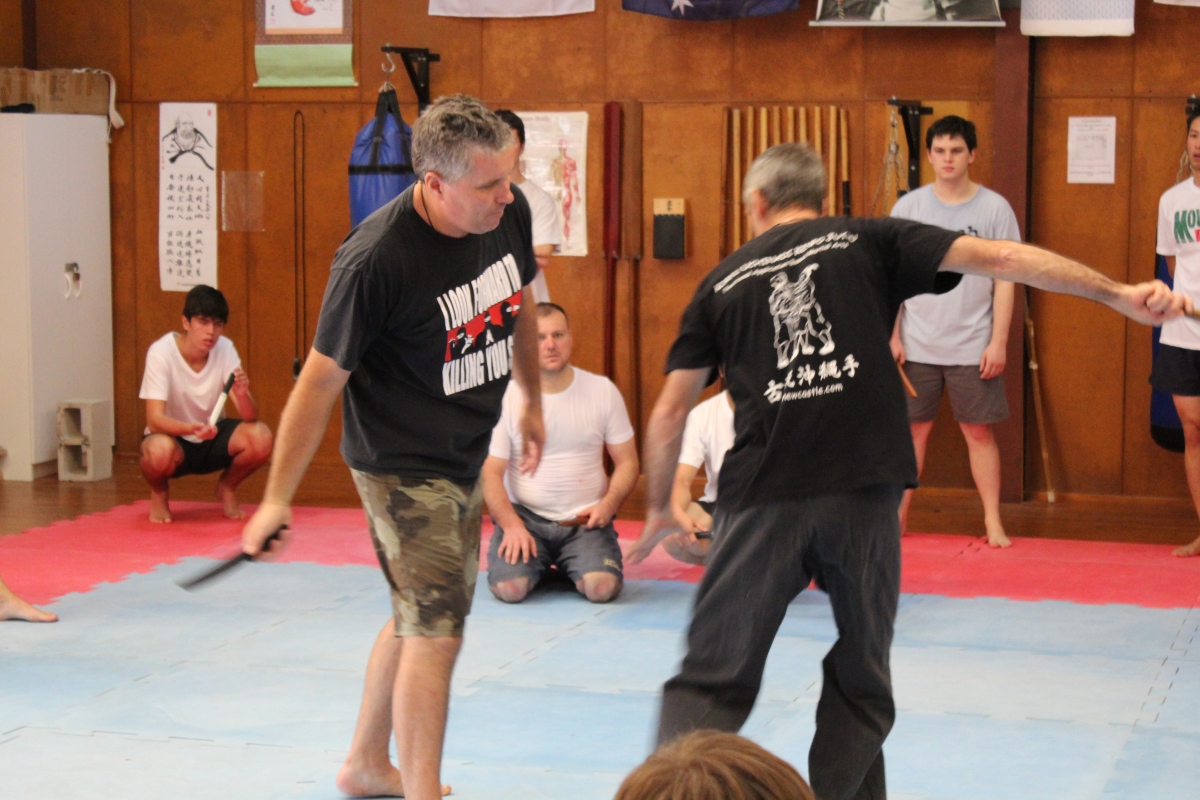 Sensei Robert King (5th Dan) and Sempai Aaron Jones of Koryu Uchinadi (KU) Kempo Jujutsu were invited to teach a knife attack and defence seminar by Shihan Rick Cunningham, who has trained with their organisation before. The seminar was held at Annangrove Dojo, attended by Annangrove and Turramurra KIMAA students as well as Sensei Mark McFadden and Sempai Jon Ellis from the North Coast.

The seminar focused on attack, block and counter-attack techniques and combinations involving a knife. There was a great emphasis on the reality of fighting with a knife, dispelling any illusion of imitating what one sees in film or television. A variety of different situations were covered as students were taught, if there is no alternative, how to use a knife effectively against an armed opponent.

Multiple sparring exercises were conducted in the class. The last one was a particularly effective demonstration of the lethality of the weapon, where students swapped their wooden and plastic knives for permanent marker pens, and were told to free fight with a partner. The number of arms and t-shirts coloured in red and black pen said it all!

After the seminar, the group went to a cafe in Round Corner for lunch.

The seminar was seen as a great success that was enjoyable, but also gave a realistic understanding of the knife as a weapon. Shihan Lipman, Shihan Cunningham and all the students were grateful for the time given by Sensei Robert and Sempai Aaron. To Shihan Cunningham and the guest instructors, the most important thing to take away from the seminar was a healthy respect for the knife, as well as a key martial arts principle: if one can walk away from a fight, walk. 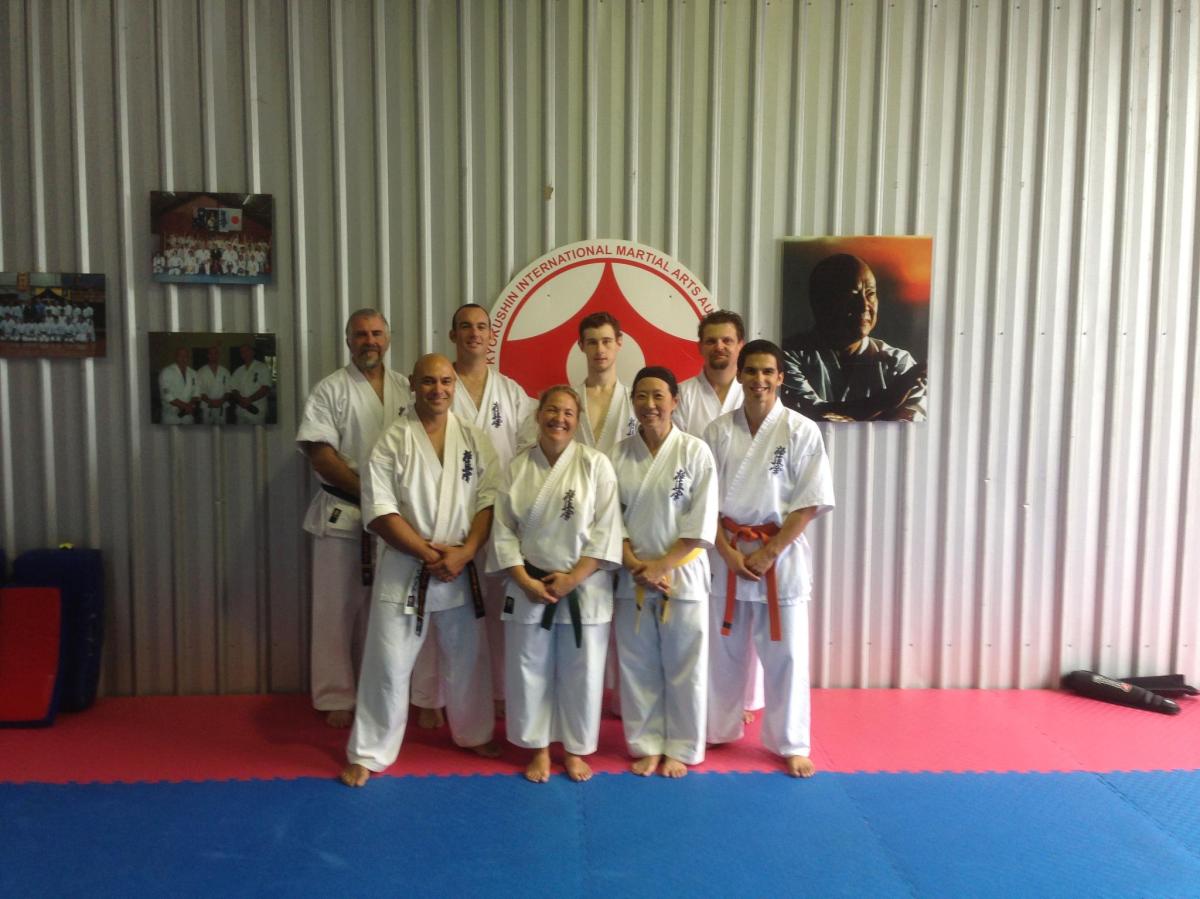 At the invitation of Sempai Mark McFadden and Sempai Jon Ellis, some members of Aspley Dojo travelled from Brisbane to the New South Wales Far North Coast. Sempai Rob James, Jermaine and Jim had a fantastic afternoon training with members from the Ballina and Lismore Dojos at the Lismore training hall.

Kata bunkai, ippon sanbon and jyu kumite were covered in the first session. After a short break, Sempai Mark and Sempai Jon taught the Queensland guests some Kobudo, including basics and some self defence techniques. The Aspley Dojo students were very grateful for the time given by the KIMAA North Coast karateka, and look forward to future joint training sessions. 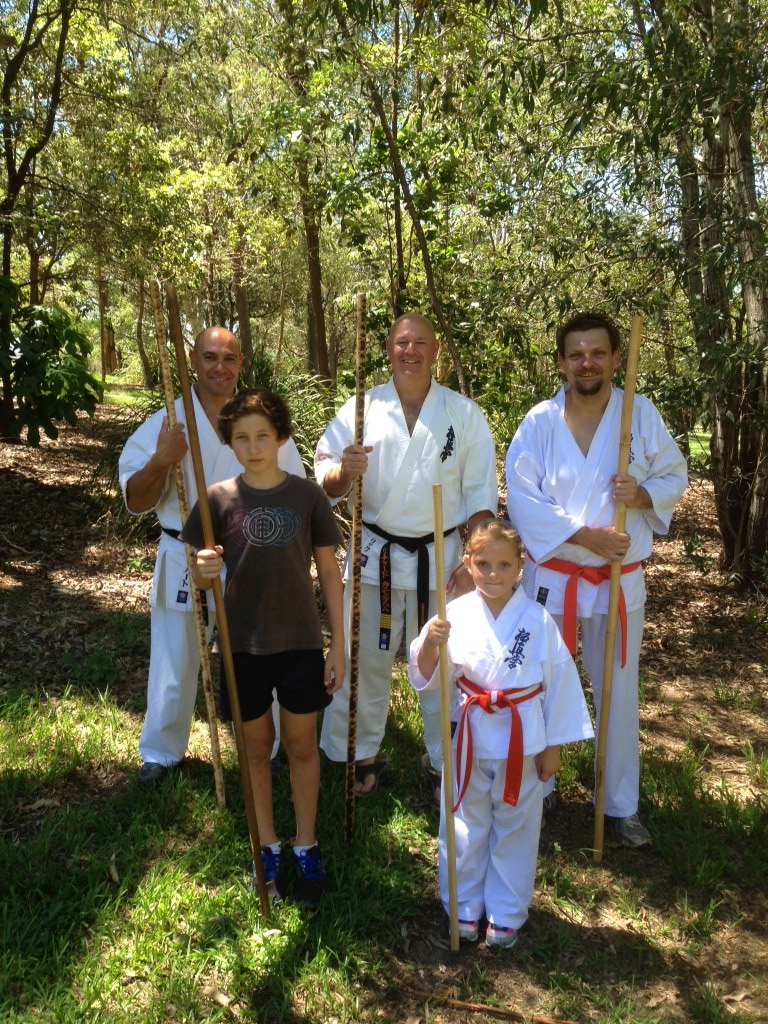 The seminar focused on the Bo Staff. Students learned basic techniques, as well as how to attack and defend against the Bo. 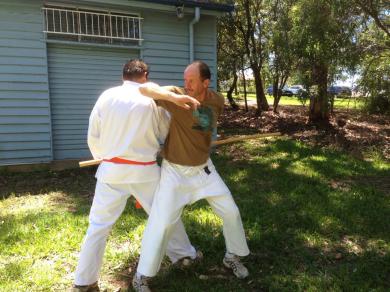 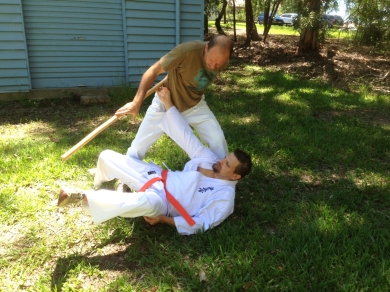 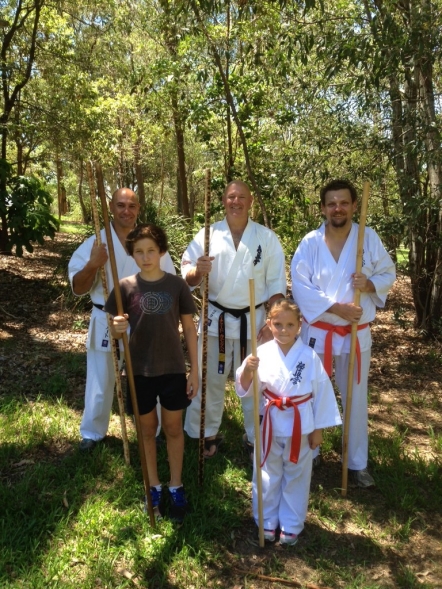 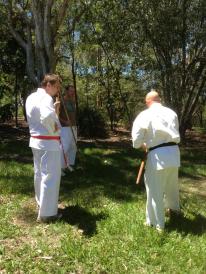 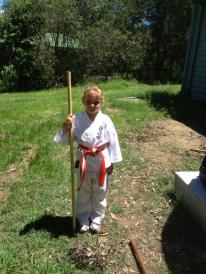 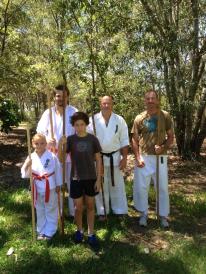 The much awaited Karate & Kobudo Seminar was held on the last weekend of August. On Friday the 26th at Turramurra Dojo, participants came to revise bunkai techniques and takedowns as well as learn some new ones. It was a successful night with a lot of the work revolving around the Pinan Katas and other throws, followed by a group dinner.

The next morning started promptly at Annangrove Dojo at 8am. Shihan Lipman, Shihan Cunningham, Sensei Mark and Sensei Paul took turns instructing the beginners in the basics of the Bo staff and Sai. Despite a few “mishandlings” of the Sai, the new students picked up the techniques well. Those already learning Kobudo progressed onto new kata and bunkai, as well as helping the beginners with partner work. Training went for nine hours followed by a barbeque dinner at Shihan Cunningham’s.

The next morning was the same early start. After a couple of hours of revision, younger students from the Kids and Knox classes arrived to learn the basics of the Bo.

By mid-afternoon a Grading was held. The adult beginners went through the Bo and Sai, whereas the Kids and Knox groups just concentrated on the Bo. Ian Holdaway, James Campbell, Jessica Den and Todd Murphy also graded with the Bo, Sai and Eeku, giving a fine demonstration to the newer students of how their Kata should look with a bit more practice!

It was a well-run, highly successful weekend that covered a lot of ground and generated significant interest in Kobudo within KIMAA. Many thanks to the Shihans for the wonderful weekend. This is some footage from the seminar:

Shihan Howard Lipman spent time in the Far North Coast of New South Wales to instruct and train with students from Lismore Dojo and Ballina Dojo. The visit was a huge success and thoroughly enjoyed by those who attended training.

Training was focused on refining grabbing techniques and kata on the first night in Lismore. The focus turned to Kobudo at Ballina Dojo on the second night. Shihan Lipman also dedicated an entire Saturday to develop Sempai Mark McFadden and Sempai Jon Ellis, which in turn will further benefit KIMAA’s North Coast students. 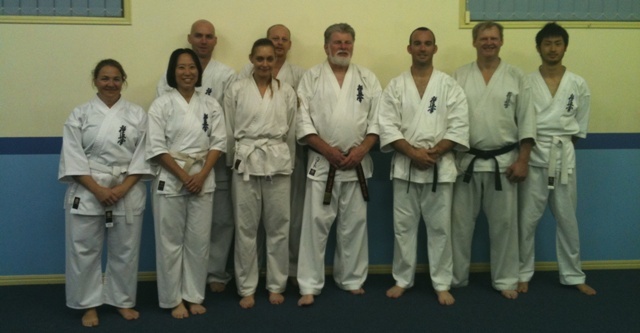 Some younger KIMAA students had the opportunity to learn the basics of the Bo staff with Shihan Lipman and Shihan Cunningham. Instruction took place at Annangrove Dojo.

Shihan Cunningham and I invited Sensei Hokama to come to Sydney in February of 2009.

He happily accepted the invitation, and came for eight days, during this time he stayed in my home and we had many long discussions.

The purpose of us inviting Sensei to Sydney was to show him our Dojos, introduce him to our students, and for him to see firsthand the progress they had made in their study of Kobudo.

During his stay Sensei attended one of the Knox Grammar School classes and as expected proved really popular with them.

His last class was held at Annangrove Dojo and was devoted to Bo Jutsu, this class again proved very popular and the students’ knowledge went up a notch.

Everyone enjoyed being with Sensei as his instruction is always interesting and his manner towards everyone open and friendly…..as is the Okinawan way.