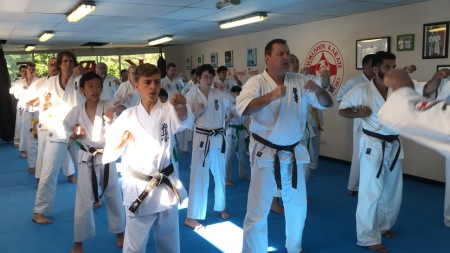 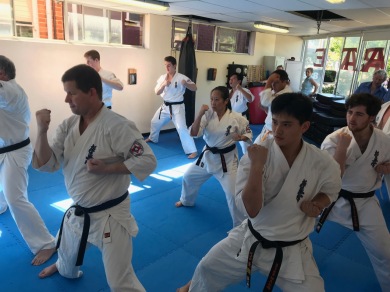 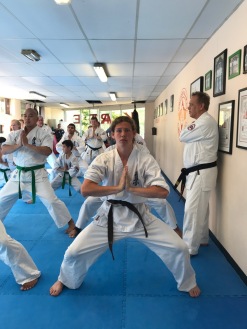 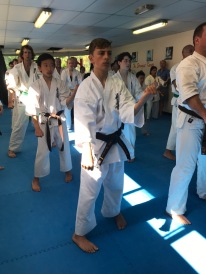 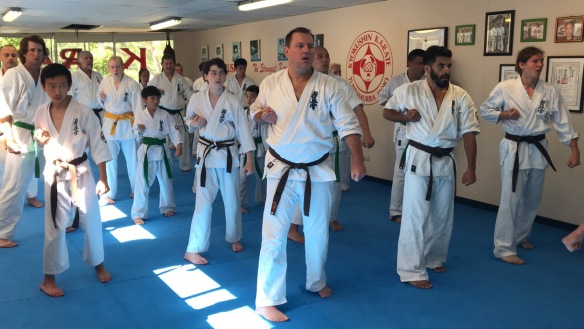 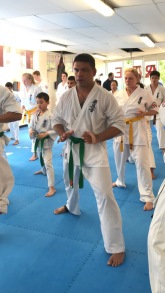 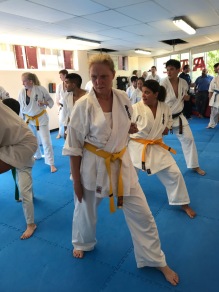 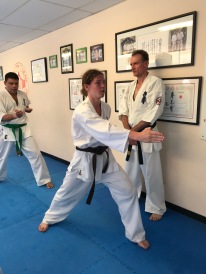 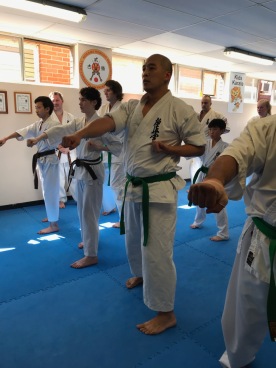 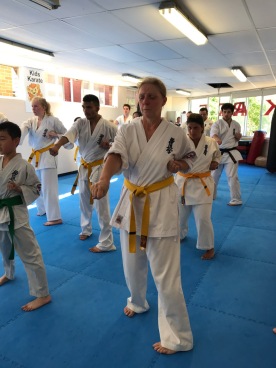 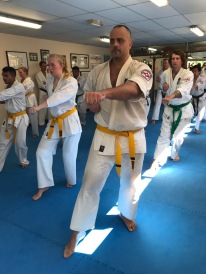 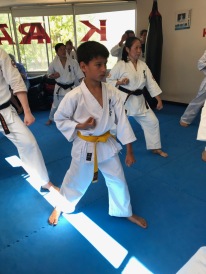 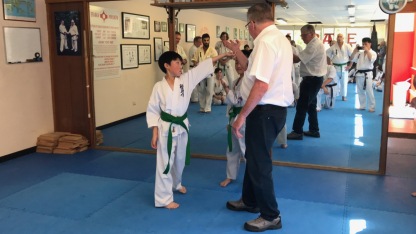 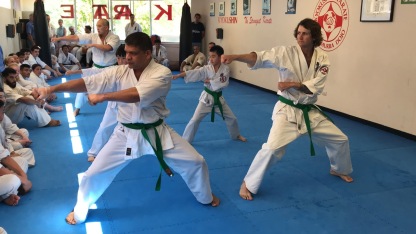 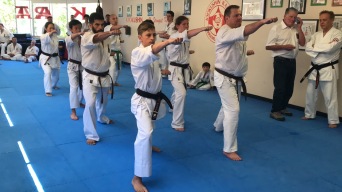 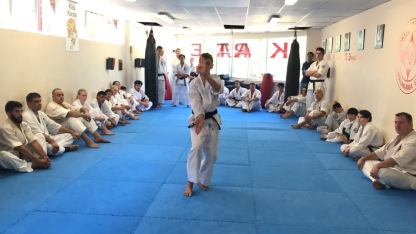 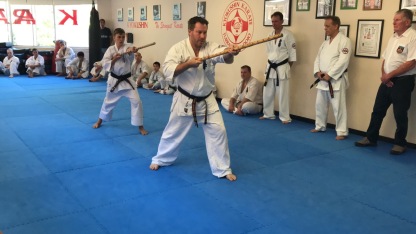 Four students were attempted their 1st Dan Black Belt, which led of course to the world-renowned Kyokushin 40 fights.

Hearty efforts were put in by all students. Congratulations to all the senior kyu grades. Special recognition goes to the Yudansha:

Sempai Jermaine is a hard-working, strong, diligent student from Brisbane Dojo. He is the first to reach Shodan from Brisbane, under the tutelage of Sensei Rob James. Sempai Jermaine has balanced his Kyokushin training with work and family commitments, but always attended seminars when he is able, and has been a strong deputy to Sensei Rob. He is a highly a capable fighter, budding instructor and good martial artist, with a bright future ahead of him. Congratulations Sempai Jermaine, and Sensei Rob on bringing your first student to back belt.

Sempai Cody is one of a crop of promising young KIMAA karateka who have, after years of dedicated training under Hanshi Howard and Sensei James Sidwell, persisted and worked in the adult General Classes towards the goal of Shodan. He has previously competed in tournaments.

Sempai Bernard also has much tournament experience and trained with increasing intensity over the years, becoming a strong young man with many years of excellent Karate ahead of him.

Sempai Stephen has been training at Turramurra Dojo for a long time, despite persistent injuries. His dedicated attitude to training despite obstacles has not gone unnoticed. He has also become a regular assistant instructor in the Kids classes and to newcomers in the General classes. He is an invaluable presence at the dojo, and a good Karate man.

Sempai Josh began his Karate training in 2012 and has been an impressive young personality at Turramurra Dojo since the beginning. He has fought in tournaments, trained with Shihan Ken Ogura, done tameshiwari and regularly pushed himself to the next level of technical excellence. He has applied himself diligently in his training to Nidan, as he did for Shodan. While it is rare for one so young to be a Nidan, he has certainly earned the grade in the eyes of the seniors.

That night, everyone celebrated with the Turramurra Christmas Party – with all those out-of-town and grading invited along, of course.

Congratulations to all who participated in the grading – a strong, fine way to end the year.